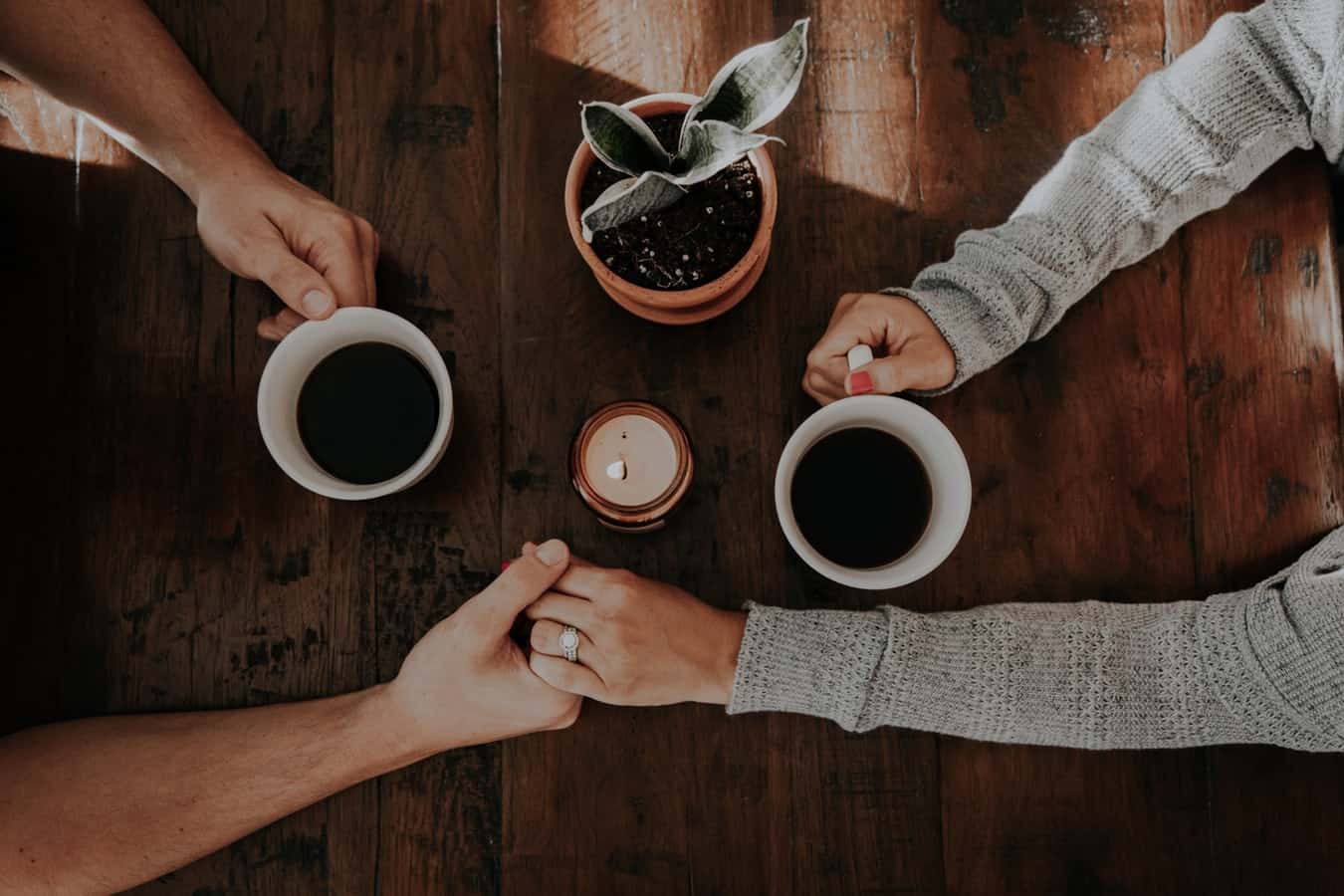 Relationships are complex and multifaceted. Arguments over infidelity, step-families, money, sex, in-laws, children, drug and alcohol abuse, illness, job loss, and a host of other stressors, can ignite a war sizable enough to leave profound casualties in its wake.

While some not so serious issues can be dealt with by a couple who is willing to cooperate with each other, and work hard to make things better, many more difficult situations are not that simple to fix. Under such circumstances, a valuable tool that can potentially help pull the couple out of its troubled predicament is marriage therapy, also referred to as couple’s counseling.

Thirty-two years ago, my marriage was in trouble. We had just gotten married after dating for less than a year. The relationship took an immediate hit only two weeks into dating when, my now present husband, was given sole custody of his seven-year-old son. I, too, had a son the same age from a previous marriage. Things got challenging fast. Soon, as it often happens in step-families, our new foursome split up into two camps: my husband and his son, and me and my boy. No one knew how to handle the ever-worsening familial crisis.

We tried, without success, to fix the blended family problem on our own, but it didn’t work. Things deteriorated even more when our third child came along. On the verge of divorce, we decided to give marriage therapy a try. The therapist worked with us, helped us understand what was truly happening, and offered us a variety of techniques to deal with our particular conditions. She normalized our experience and taught us better communication skills. A year later, we were doing much better, and were able to terminate our bi-weekly sessions, taking with us a set of highly-effective tools to help us should we encounter rough patches in the future.

In fact, I was so inspired by our success, that I decided to become a Marriage & Family Therapist myself.

What Is Marriage Therapy?

Broken down into its most simplistic form, marriage therapy is a helpful avenue provided by a trained and unbiased professional. The focus of a Marriage & Family Therapist is relationships. They help couples and families navigate through their most toxic impasses by:

Marriage counselors can be an invaluable resource for a couple in crisis.

For example, in our blended family situation, my husband and I believed that one of our boys was the problem. The therapist explained that the infrastructure of the family lies in the strength and unity of the couple, and if a strong and solid foundation isn’t there, the children will often misbehave.

That helped us put things into a different perspective. We shifted our focus away from our acting-out child, to our relationship. Once we knew what the problem was, we started moving forward in a more positive direction. That eventually saved our marriage.

How to Know If You Would Benefit from Marriage Therapy?

If you and your partner have been struggling with the same issue over a long period of time without getting closer to any type of resolution, then you could benefit from couple’s counseling. A trained and unbiased third party can be instrumental in reviving the relationship.

Some distraught couples often want to work on the relationship on their own, without outside interference. Typically, one of the partners feels their problems are nobody’s business. What happens, then, is that their issues are on a constant loop.

Picture a Ferris wheel. Now imagine one of your biggest problems sitting in one of the bottom carts. It’s there, up front and center, then it disappears for a little bit, only to come back around again. Without the proper help, the problem doesn’t go away; it just keeps circling ’round and ’round; hence why couples end up having the same fight over and over again.

Most people don’t have the necessary understanding to know what’s actually happening in their relationship. They might see the obvious surface layer, and think that’s the actual problem, but they’re not equipped to see the obscured underlying issue. In his book, Irritating the Ones You Love, Jeff Auerbach, Ph.D, explains The 30/70 Split. This, he says,

“…refers to the fact that our reactions are partly due to immediate events and partly due to our pre-existing areas of sensitivity. The 30/70 Split provides a clear and concise reminder of which is which; approximately 30% of the total reactions are about what just happened, while the other 70% is the result of childhood feelings, or Jars, being activated.”

A marriage therapist can help figure out the concealed issue, and steer the couple onto the right path.

There is no perfect relationship out there. When two people come together, it’s not just them; it’s their parents, their siblings, their history—good, bad, or indifferent—their traditions, and everything else they’ve acquired along the way. In any relationship, there is usually a struggle as to whose side will “win.”

There’s a potential here for hurt and buried feelings. There is rarely a winner in these types of scenarios. Even if it looks like someone’s side won—John’s, for example—Jane might be left with anger and bitterness. So no one actually wins.

What to Do When You Start Going to the Therapy

Let us suppose that you and your partner agree to marriage therapy. The situation has gotten so out of hand that you both feel only a trained professional can help. That’s a smart first step. Once you do start therapy, it’s important to:

Why is this important? If you want to get somewhere, you need to know where you are and where you want to go. Setting a goal is like punching in your destination on your Google Maps.

You can do this when your therapist asks you what the presenting problem is (where you are), and on what specifically you’d like to work (where you want to go). This is the point in which you can share what’s currently bringing you to counseling, and in what direction you’d like to see your relationship forge ahead.

For example, let’s say that John comes home late every night. He gets so wrapped up in his work, he doesn’t take into account that Jane is waiting at home with dinner on the table. When he finally does get home, she’s fuming. “You’re late again! And dinner is cold! You are so inconsiderate!” she yells. John might respond with, “It’s no wonder I don’t want to come home; you’re always nagging me!”

In the above illustration, a goal might be for John to try and make it home by 6:00 three evenings a week. A goal for Jane, on the other nights, might be to just reheat his food, sit with him while he eats, and ask about his day. The goal is important because if it’s not met, then the couple, along with their therapist, can explore what got in the way. It’s a springboard from which to proceed.

What is valuable to one partner may not necessarily be valuable to the other one. Quite often, compromises have to be made in order to get the relationship out of neutral. When each person verbalizes what’s truly a must-have for them, the other partner needs to listen and make adjustments, so that both parties feel heard and understood.

Perhaps, for John, who might be a Type-A personality, the priority is to get the majority of his work done before he leaves the office. For Jane, on the other hand, who is very family-oriented, it might be to spend more quality time with her husband.

Sharing these priorities with each other will engender a better understanding for everyone involved. The marriage therapist, working in concert with the couple, can help pinpoint where the root of the problem really lies, and what can be done about it to achieve marital success.

Knowing what the goals and priorities are in a relationship is like having a road map. It can always be a reference point.

NOTE: as the relationship evolves, goals and priorities will more than likely change. Perhaps, for a newly-married couple, the goal is to go on exciting date nights every few days. The priority might be spending every weekend with close friends. As the couple grows together, however, that may shift. A few years later, the goal might veer into one of staying home, cozying in, and watching their favorite shows. As the case may be, their friendships may take a back seat. Maybe once a month is fine now instead of every weekend.

WARNING: priorities usually do a 180 degree turn when children come into the picture.

Goals and priorities are important to have in order to make the marriage work in a more loving and respectful manner.

But What If the Relationship Is Irreparable?

In some rare cases, marriage therapy can’t rekindle a marriage. Sometimes couples in trouble wait. And wait. By the time they get to the tipping point, it’s almost too late. I had a couple come to me as a “last resort.” They had already filed for divorce, and each had secured their own attorney. I didn’t hold much in the way of hope for the couple as there was way too much water under that bridge.

Even though not all marriages can be saved, sometimes the marriage therapist can bring about a graceful split. If there are children involved, this is a must. Break-ups do happen. Realize, however, that they don’t need to be catastrophic, hate-filled, or vindictive. Sometimes things just don’t work out; people fall out of love, or simply grow apart.

In general, couple’s counseling is a great benefit for a couple in distress. It can actually be the lifesaver they need. Having said that, couples must be open to change, and be willing to put in the necessary work. People grow intellectually, emotionally, spiritually, etc., so flexibility, and open lines of communication are far-reaching.

If you find that your relationship is in trouble, know that there’s help out there. Don’t rely on your own personal limited knowledge. You and your partner may be too wrapped-up in the ongoing drama to conceive that there is a better way.

But there is a better way. All you have to do is reach out and get it.

5 Marketing Tactics That You Should Stop Wasting Your Time On