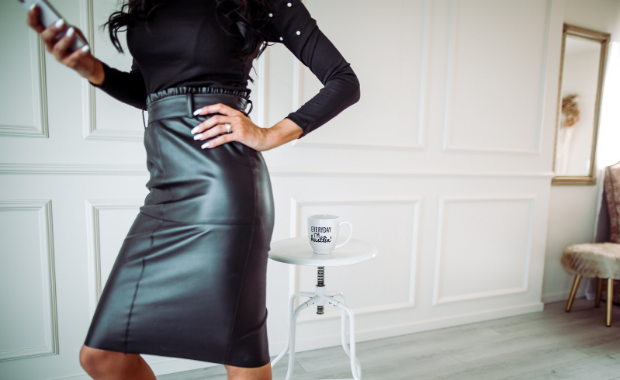 Women today aren’t only homemakers; they’re money-makers, too. As each day passes, more women are dominating the business world. Companies like IBM, General Motors, and other Fortune 500 companies have female CEOs.

But when you put all the data into context, only a small percentage of U.S. businesses are women-owned. Research shows that women-owned companies generate higher revenues than those owned by men. It also showed that women are more effective as a leader and are better at creating jobs.

Experts at Boston Consulting Group also found that women made twice as much per dollar of investment than men. Because of that, they believe that it would be better to invest in women-owned companies than those run by men.

Here are some of the reasons that make women better entrepreneurs than men:

The reality is that women are more honest than men both in business and in life in general. While men focus on discussing problems, women examine the issues closely. From there, they can extract the cause and provide solutions to address the problem. They know that the earlier they solve the problem, the sooner they can go back to focusing on their company’s growth.

Women are more talkative than men and are less restrained when it comes to verbalizing their thoughts. They are not afraid to express their feelings, making it easier for them to communicate with their peers.

Women’s honesty also makes it easier for them to ask for help when they need it. While men think that asking for help can be a sign of weakness, for women, it’s one way of avoiding mistakes. All they care about is how they can address the issues their company is facing. This characteristic makes them better equipped in running a business.

“I want every little girl who’s been told she’s bossy to be told again she has leadership skills.” – Sheryl Sandberg

Women tend to be more empathetic compared to men. And because of this, they’re able to pick-up some non-verbal cues. This helps them understand the needs and wants of the team. Successful companies are not built by a single person. It is a product of collaboration and teamwork. But for them to collaborate, they need empathy.

This is yet another reason why women make better entrepreneurs than men. Women are likely to see each person in their team as actual people rather than machines. They consider each person’s feelings and use them in creating better strategies.

Women-run companies generate higher revenues than firms run by men. There’s no sure way of telling why, but experts think that it’s because women target specific niches. While men look at the industry as a whole, women dig deeper into it and look at each component closely. For them, opportunities lie at every nook of each industry just waiting to be discovered. This strategy helps them expand their client base and get loyal customers.

Women are no strangers when it comes to discrimination in the business world. They are prone to experience unfair treatment, lesser opportunities, and lower wages. But, instead of letting these bring them down, they take it as a reason to do better and succeed.

A lot of successful women have battled the same problem in their journey towards success. Lori Greiner, a host and investor of the popular show Shark Tank, experienced a lot of obstacles throughout her career, including gender discrimination in the business. But she didn’t let that affect her. Instead, she focused on strengthening her voice to shut off the negativities. She is now a well-known TV personality and a successful entrepreneur.

Both men and women entrepreneurs encounter discrimination at some point. Unfortunately, women experience it more often. But instead of letting it pull them down, they learned how to overcome it. These experiences taught women how to be resilient. It also taught them to persevere even in the most difficult time in their business.

Men and women entrepreneurs are both risk-takers. However, research shows that women are more ready to take risks compared to men. For them, ‘risk’ is just another word for opportunity.

But women also like to make sure that the risk will produce great results. So, they assess the situation first. They take into account and weigh the advantages and disadvantages. They know better than to bet all their money on something too risky.

“It was a risk. I had a husband and I was pregnant with my oldest son. But I don’t look at risks the way other people do. When you’re an entrepreneur, you have to go in feeling like you’re going to be successful.” – Lillian Vernon

It’s Time for Women to Shine

Women are going above and beyond the role that society expects from them. The reasons mentioned above are proof that women have all the qualities needed to run a successful business. While they may still be far from dominating the business world, the trends are showing that they’re closing in on achieving it.

Do you have a favorite female entrepreneur? If so, share who it is with us in the comments!

Why Perspective Taking Is an Essential Skill for Success

How to Identify Your Strengths And Weaknesses in 5 Steps

What Is Personal Branding and Why Is It Important for Your Career?